Making excuses can be attributed to people who are seemingly trying to cover up something that went wrong. Justifying a fault. I’m simply telling it like it is. I don’t think much actually went wrong on the weekend itself. I knew that I was going to have a different approach at my C2C summer training this time round, I wanted to say yes more to to hanging out with mates and family, go out drinking more, have a big New Years festival. I very nearly didn’t enter this time round, but I did. What wasn’t anticipated was being stuck in and out of bed with some chest virus for 2 months and then again for 2 weeks pre C2C. Reminiscing a bit, it’s pretty clear why I was not at the startline in normal shape, less sleep/more hours awake= getting at all done but paying a price for it. I’d done something different and for that I was happy. I don’t regret any of my choices in the past few months. I suppose it is expected that I perform at least better than the previous year. I knew it wasn’t the case this time round but only some family and close friends knew this. Or whoever reads this Blog. All these thoughts disappeared at the startline, I forgot I hadn’t done the training and I looked forward to the day ahead. 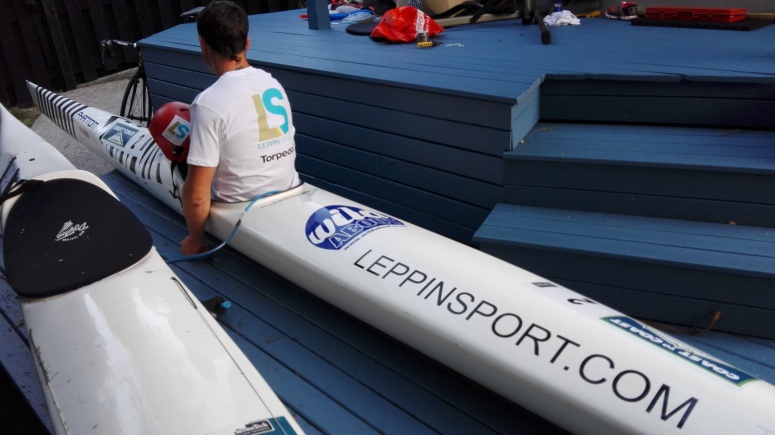 The week leading up I began my Outdoor instruction and Guiding Course in Greymouth. Tuesday we went for 1.5 steep bush trek to mingle with each other. I coughed and spluttered up the hill getting rid of the remnants of the virus. Wednesday we were up at 5am for a 9am start running 1 km up a track and riding down the refreshing Toaroha river in car tubes for 4 hours, then into a 5 hour bush wacking trek over to Lake Kaniere, finishing with a 2km push across the lake paddling sea kayaks while towing five car tubes tied together filled with people. It took 1.5 hours… slow moving. Camping over night we had a morning session and bacon buttys before heading back to base cleaning equipment then rushing to help with a Polytech event while missing lunch then I drove straight to Kumara for the elite athlete media conference. Still wearing my manky bush clothing and unwashed, no one knew what I’d just been up to. I managed to stay up late writing a race plan for the crew, get it printed and drove a copy to support crew member Deklan Hodsell who was staying at a different place to me.

The next day I managed to sneak away from Polytech classes at about 1pm and it was game on to get ready for a big Saturday. The rest of the support crew had turned up too, family who had made the trip down from the North Island. I assured my team I’d just had a great taper week and to prepare for someone who looks disabled at each transition.

Race day. 2km Run went awesome. Don’t know why but I felt comfortable despite being a bit quicker than I expected it to be. Lots of very heavy breathing around me and the 3min 20sec k’s suggested that maybe the front bunch would be small. I was wrong and there was 15 in the front group of the first 55km cycle stage.

I found it hard to recognise who a lot of the guys were in the group, some look super different in race clothing. Nevertheless whether they were friends or not I often had the urge to stick a leg out and power kick them into the tarmac, I was well under trained but willing to do anything to get the bunch working properly. Except that only about 5 in the group felt this way, the rest thought they would rather hide behind. Maybe I was jealous, wishing I was the guy doing no work… either way I was grumpy.

I enjoyed the quick transition onto the 33km Goat Pass run. I’ve never had a problem with it and making the legs work for at least the first 3km until the first cold plunge. This year for the first time I chose not to chase the leader like a maniac.

I set off at about 4minkms and waited to see what would happen with the body. Little did I realise that I couldn’t actually run much faster than that anyway and was probably still too fast. This time I chose to take electrolyte fluid with me, first time ever. About 1.5 liters, probably way too much as my pack was bloody heavy. I picked my own lines and had Jarad Kohlar from Melbourne pass me 4 times in the first 10km of the run. He was moving quicker, I was slowing down, but my lines were on point and I kept getting ahead. He was cursing his line choices and I was swearing at my legs for being useless. Bob Mclachlan and Jarad both stuck in behind me after realising that I was choosing better lines than them despite my slow speed. It wasn’t until Dudley’s Knob that I gave Jarad the hint that he’d be safe to take off then to the finish without getting lost that he took, I was confident I could out paddle him. Bob stayed with me a bit longer until the flats as I was hitting the steep downhill a bit better. The last 6kms I was on my own. Very slowly dragging my now strangely fatigued legs at near walking pace across the gravel. Maybe I should have run faster at the start.

I was feeling rather disappointed in myself at Klondyke. It was the first time it was publically clear how slow I was going. A quick transition onto the bike thinking very hard about not stomping too hard on the pedals and repeating the 2015 chain break. Sam Goodall passed me during this 15km bike ride while I focused on eating and drinking (something I haven’t done in previous years on that stage), planning for at least having a good paddle time.

The run down to the kayak by the river Deklan fed me more and I entered the boat feeling very high in energy and well hydrated, something that hasn’t been so in the past. I chased hard after Sam Goodall and caught him quickly but then decided to follow his upper section lines for a bit as I’d forgotten what braids to take up. Soon we passed several slower paddlers (Jarad, Tane, Bobby) who had been in the front bunch and I pushed ahead of Sam feeling strong with more kayakers in sight. Soon after, I couldn’t understand why I kept filling up with water, I wasn’t pissing in the boat that much! Then noticing my spray deck was open and my drink tube hanging out the gap, there instead of the hole made specifically for it. Not something I could fix while paddling. While in the rapids I also noticed my bracing was well off and I felt as though I was going to fall out in every rapid, odd, I put it down to just being tired. 40mins into the gorge section I caught Andrew Sclater and tried to power past in a rapid, the boat started going over quick so I went for a brace and had nothing! Capsized, I went for a roll but the spray deck came straight off and it filled with water, I’d run out of breath and chose to exit the boat. Now floating in the water I felt a bit confused as this hadn’t happened to me before in a multisport boat. My paddle floated down stream and Andrew made a quick attempt to kindly throw it backwards towards me. Eventually on the bank my drink bladder was still attached to me like an IV system but my food was all gone flushed down the river. Making a feeble attempt to empty the boat of water and failing, I ran upstream yelling at the safety jet boat for assistance. They had been watching the show from their seats over a hot cuppa and seemed rather blasè about the whole thing. The crew helped me well, I fixed the drink system and saw my paddle was offset to around zero degrees and about 2 cm shorter than I normally have it. I fixed it and from then on I was much more stable in the rapids and feeling refreshed from the swim I powered away with only a few negative thoughts. Sam Goodall was now back in front of me again and seemingly unreachable. I’d lost 8 mins in the swim session.

At the end of the paddle I nearly caught Andrew again but passed him in transition due to my slick support crew. He got me back pretty quick on the final stage, 70km cycle to New Brighton beach. The East Coast.

I decided to let the legs warm up properly before hammering it. I then tried to ‘hammer it’ and there was little response. Of course I was now in for a torturous final cycle stage where I was begging for the finish to surprise me with 10kms cut off the end. This never happens.

I stomped up the steps, very happy to be finished, covered in piss, vomit, coke, drool and pieces of food. Just the norm. All for the pride of giving it your best on the day.

7th Place: 12 hours 49 mins. My slowest ever time, but still I raced as fast as I could on the day. I was/am slightly embarrassed with my time. I know what time is required to win this win event. Sam Clark more than proved this with his convincing time of finish. My placing was always going to be far from the front that day and it doesn’t bother me, it’s the time figure above that bothers me, just nowhere near the winning times!

Thanks to Deklan, Mum, Dad, Bex, Uncle Hugh and the rest of the crew for their help on the day.

Thanks to the support from Torpedo7 and for Leppin Sport Nutrition who are now helping me out with their good stuff, Nutrition I’ve sworn by since day one nearly 5 years ago and now they are helping me back!